Having worked from home since March, I've been spending a lot of time in my IKEA Markus desk chair. I've been using it for years, and it's a great chair. One of its few downsides is that the armrests aren't adjustable. But this was never a problem I cared much about.

Recently, after hearing a recommendation from Wes Bos on the Syntax podcast, I decided to upgrade the castor wheels on my chair to rollerblade-style wheels, which roll much more smoothly. IKEA's castor wheels are particularly annoying due to a "feature" which causes them to lock up when nobody is sitting on the chair (they claim this is for safety, though the reasoning behind that eludes me). 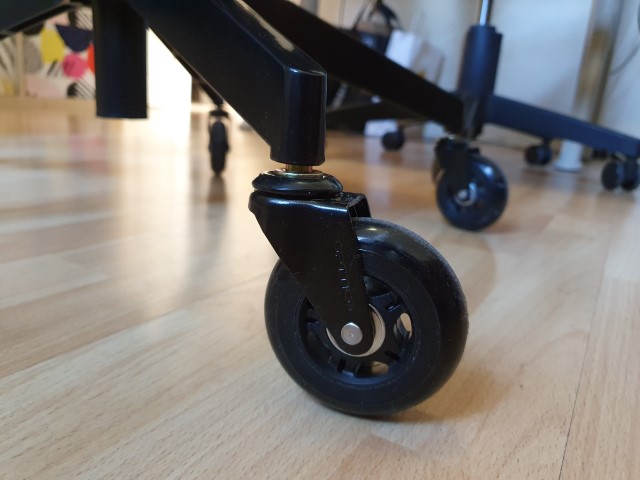 The rollerblade wheels are nice, but they created a problem: being slightly taller than the castors, they've made the chair sit a bit higher. So the armrests of the chair no longer fit under the surface of my desk, which stops me from rolling the chair forward as much as I like to.

So for the first time, the armrests became a problem for me. I'm not the only one. I found a few possible solutions by people who weren't happy with the height of their Markus chair armrests, but all of those solutions just lowered the existing armrests. I wanted adjustable ones.

The first step was to get some adjustable armrests. I looked at buying some, but it turned out to be cheaper to just buy a used chair on Gumtree and take the armrests from it. The next step was to figure out a way of attaching the armrests to a chair that they weren't designed to attach to.

One weekend and two trips to Bunnings later, I ended up with two of these: 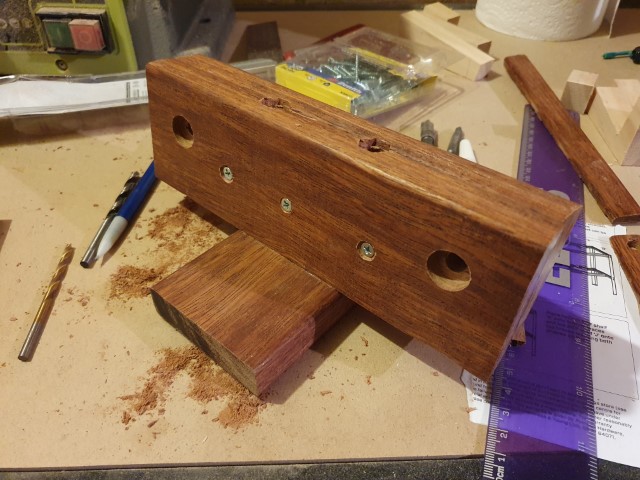 The main block is designed to bolt to the side of the chair using the bolts from the original armrests: 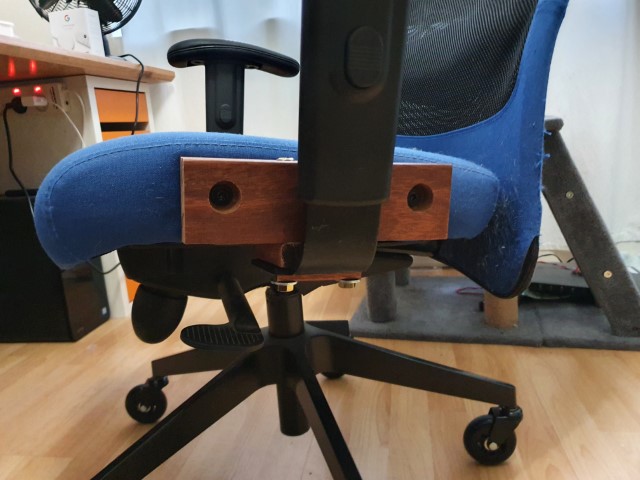 The bottom piece sits flat against the bottom of the seat. Two 100mm high tensile bolts are threaded down from the top of the block and out the bottom, where the new armrest is secured: 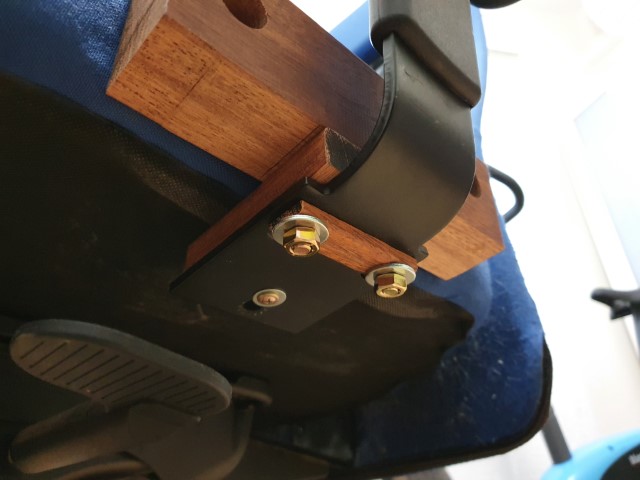 The end result looks pretty decent, and most importantly, the armrests fit under my desk. 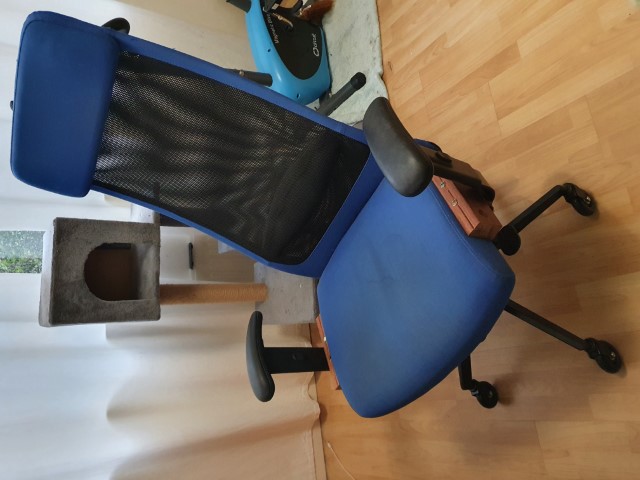 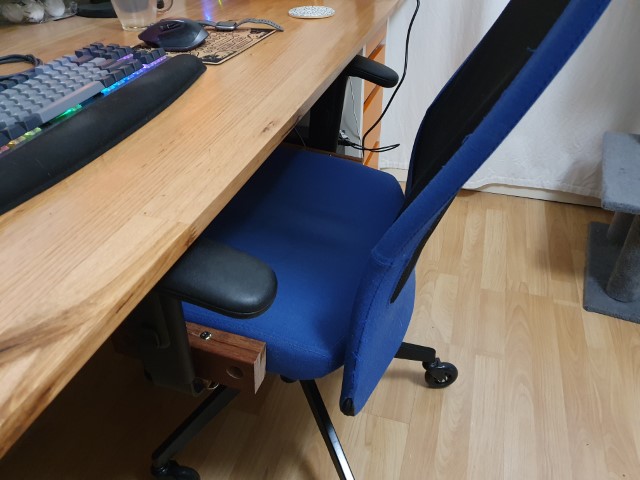 Of course, this has created a new, smaller problem: Now the armrests are weirdly far apart. Partly because the main block of the adaptor is so thick, and partly because the armrests are splayed out slightly. I have an idea for a different design which could fix this. Time will tell if the new problem annoys me enough to implement my idea, surely creating yet another, even smaller problem.

Social media is out, websites are back in.